The history of Gallipolis dates back to the 18th century and encompasses events in both France and America. In America with the Revolution behind them, Congress was eager to settle land west of the new states. As a result, land companies formed to buy acreage or at least gain rights to the land.

The buyers were a group of Frenchmen who, during these same years, were struggling with impending revolution and the fear of the guillotine in their homeland. They were easily convinced by an unscrupulous salesman, William Playfair, to buy land in the Ohio Valley. They embarked to a “land of milk and honey, where fish leaped into one’s arms, grapes grew in abundance and tallow candles could be picked from trees along the Ohio River.” Their journey led them to Gallipolis, one of the first settlements in the Northwest Territory.

The French embarked from Le Havre de Grace in February, 1790 aboard five ships- the Recovery, the Patriot, the Scarborough, the Liberty and the Lady Washington. It was a long and hard journey, the Recovery sank at sea; however, no lives were lost. The first French ship landed in Alexandria, Virginia in May where the immigrants soon learned money paid in France for deeds to the new land had never reached the Scioto Company. For weeks, they debated what to do and sought the counsel of both Congress and President Washington. The Scioto Company helped pay their expenses to travel overland to the new settlement, buy supplies and have housing ready for their arrival. Major John Burnham and 36 woodsmen from New England, were hired to construct 80 log houses and four block-houses along the Ohio River.

They arrived at a crude settlement, carved from the wilderness on October 17, 1790. The area became Gallipolis, meaning “City of the Gauls.” The site was called “La Place” by the French and is known today as the City Park. The settlers were unaware of the hardships of frontier life, since most of them were from the French middle class and aristocracy. They continued to live in the formal French manner to which they were accustomed, but with perseverance and the application of their trades, they established a thriving river community in a short time.

Five years passed before Congress came to the aid of these settlers, granting them free land in the French Grant, located in Scioto County. Only a few families chose to go there, and those who remained in Gallipolis were forced to buy their land a second time from the actual owners, the Ohio Company.

It was not long before migrations of Virginians, New Englanders, Welsh and Germans began to increase the population of the area around Gallipolis. Just after Ohio became the 17th state in 1803, one of the first acts of its legislature was the creation of eight new counties. Thus “Gallia,” from the ancient name for France, in honor of the county’s first settlers, was founded. By the mid-1800’s most of the original “French 500,” as they are presently known, and many of their descendants, had either died or moved from Gallia County. Gallipolis today still bears vestiges of the French, and remains a proud reminder of the county’s heritage.

We were there shopping at Brittany’s, we’re on our way out of town when we saw the canvases and signs for Wilds Tix, so we stopped. Had an amazing time and would love to make next months as well!!! Thanks sooo much for providing this awesome day!!! 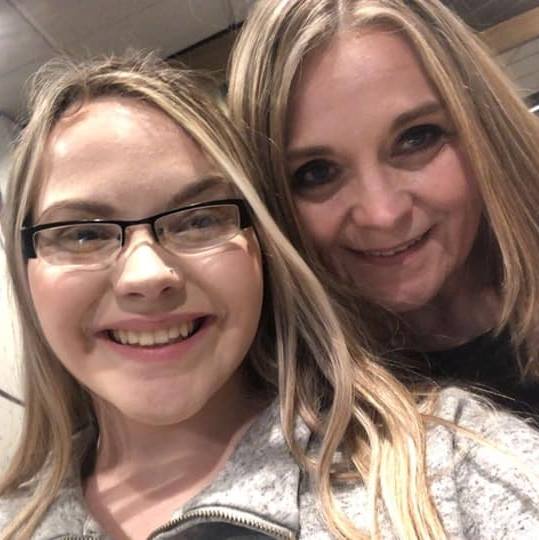